Made to stick : Sticking to core message

I came across the book "Made to stick " by Chip Heath and Dan Heath . I typically do not pick such long non fiction book easily . But a work discussion lead to a requirement of keeping report simple and creating a story based report. While i have presented and given my messages in ways which were simple or compared some data with something drastic. But  never have i heard about story based report. While i like the concept, its not something that comes easily. I felt story lining a compliance report will make it a fluffy attempt on a serious issue. I am converted, while i might not go ahead with story, i might take a few principles from this book. I am still midway through it. There are so many stories in it about advertising and other fields which makes it interesting otherwise it would have been easily forgettable.

It basically goes over the principle of success to make it sticky. Sticky ideas are easily understood and remembered. And they're able to affect people's opinions and behavior. They spell like SUCCESS:

If you argue ten points, no one would remember any, even if they're good. To make you idea sticky, you should make it simple and strip it down to its core. Its gives example from military where main intent is to "break the enemy's will". It gives leaders and soldiers the ability to improvise tactics as needed, while adhering to the common intent.

Southwest Airlines is a very successful airline. One reason for that is having a core: We're the low-fare airline. It's a simple idea, and it helps guide employee actions. If you're an employee who is asked to decide whether to add a pricey chicken Caesar salad to the airline's menu because customers requested it, you'll reject the idea because it doesn't help being low-fare.

Unexpected ideas stick to our minds because it surprises us and gets our attention. Basically break an expected pattern what people are expected in a boring story , when you do something very unexpected it sticks to people's mind. I can think of many controversial advertisement in India which follow this principle. I recall the neighbour's envy owners pride  even today despite that brand becoming less popular.

Then once you the attention, the key is to keep that attention. Even in new articles or while teaching if we follow this principle then it gets easier to remember for readers or students. Sometimes letting the message unfold like a mystery works well. Instead of showing report numbers in my case on page one, i try to build a story around it on what exactly is it about. To be honest still trying to map it to "unexpected report" in my case.  Then then is "Gap Theory" . To make your Gap Theory work even better, make people commit to a prediction! The simple act of committing makes people more engaged and curious about the outcome. To know if they're right or wrong!

If you want your ideas to be sticky, avoid being very generic! Language is often abstract and generic, but life is not! As an example there was story about Sony making transistor radios. One thing that made Sony successful is the pocketable radio idea. It was simple, unexpected (at the time, radios was like furniture), and concrete. It gave Sony engineers a clear and ambitious goal to achieve.

Kennedy said to the American people: "our goal is to land a man on the moon and return him safely to earth". It's simple, unexpected (people didn't walk on the moon), and concrete.
Make it credible:
We people create rumors to make it credible they add things like FDA to fix and suddenly the rumor seems believable. Another example was if you have textile which is free of hazardous substances , you can say you have edible textiles. Though it seems funny, it will make it more credible and remembered.
Make it emotional:
This can be related to a typical donations case. Example when you hear an emotional story you tend to make a donation than just a report or even medical terminology. Thats why they start with a family intro and build from there. Than start with an intro to the disease. The idea is to tap into the things people care about.
In an Indian context i see Narendra Modi using this tactic. He appealed to the nation to let go of the LPG subsidy for people who still had no access to it. The advertise featuring a mother using the traditional wooden stove was coughing and child was shown to be affected as well. And if you let go of your subsidy then they will benefit. You literally in that moment felt connected and it created such an impact that people let of subsidy in a nation where we went on dharna for onion prices. Another was wearing masks and making it seem like we want the lockdown, the emotional appeal for the doctors and health care worker. While the developed nations had people opposing masks, lock down, vaccine. We had people preaching each other to wear masks and to follow lockdown and then go get vaccine.
Use stories:
In today's world we all know about story telling. We probably have read and attended soft skills training on it. Below is an example from the book.
Jared had a serious weight problem. He wore size XXXXXXL shirts. Motivated by Subway's "7 under 6" campaign, he tried a sandwich and liked it. So he developed his own "Subway diet". After three months, he dropped almost 100 pounds. The story was written in a student magazine article. The story caught the attention of Subway's marketing team, and they turned it into one of their most successful ad campaigns. These days similar stories are marketed on twitter and instagram.
Posted by Rachana at 2:29 AM No comments:

Its exactly 4 month since me and my husband were discharged from Covid hospital. It was nightmare of time. It made me realize the importance of living life. There were countless mortalities in that month, that was really distressful . I wasn't that worse, but my husband was quite worse. But fortunately we survived. It has changed my perspective on so many things that i myself didn't realize it. It was when a good friend and a colleague L asked me about my post covid reflection's , that I paused and really thought back on myself and my husband's behavioral changes.

Purging away the noise, kuch to log kahenge , logo ka kaam hai kehna.  I used to get bogged down by this even though you pretend to not believe it.  I truly now don't give a shit about what random people think about me. My friend Y was always the one telling, why do you care what anyone thinks? So thanks to her and Covid, i finally can say i really just don't give a damn. The culture of accumulation, i truly never subscribed to this in past and it reinforced me to live a minimalistic lifestyle now..  I gave away lot of stuff the first month back. I restarted reading books, as i realized nobody can be a better friend than them.

The what if syndrome is something we all suffer. My husband too was going through it, post his father's demise. I too was suffering from career and personal what if's . On hindsight, those were so trivial that we never appreciated who we had in our life and what we had. It was such a moment of truth.  I have great job, great family. I now thank god everyday for what i have. Its a drastic change, if everyone appreciates what they have than what they think they should have.

In the end the only thing that matters is who you helped and how you lived your life. No self help book or lecture, but reality of losing someone we love gets you this realization. I am probably a happier and contented version of myself from the days before covid to now. I reinforced my belief and my love for my country. Despite all the venom internationally, the health care crunch was everywhere, but still the doctors and nurses cared about you than being waitlisted like in other countries.

Oh well, i restarted my love for various things i did in past. Here and i come BSE/NSE :) . Instead of crying about things i have no control over, i decided to excel in things i can control. I hope this drive in me remains for years to come . I have let go of many many things, people who don't want to talk to you , friends who ghosted you no longer faze me. You truly need to change your perspective about life to live it to fully.

Posted by Rachana at 2:38 AM No comments:

A family tragedy has made me re-evaluate my priorities and rethink on what i want from life. My cousin who is younger than me lost her husband suddenly. The transition of person one minute present and gone next is really hard. Even though i am thousand of miles away from her, i am feeling her pain. I hope i can soon meet her and share some of her grief. Her husband Amit was a great guy. We all always found him a happy go lucky guy. He was there for everyone in their moments of joy and grief. He and my cousin Mukta were first to come see me when i fractured my ankle , first to see when i gave birth to Darsh. All i can say is , he is gone too soon. God takes away the good ones early. 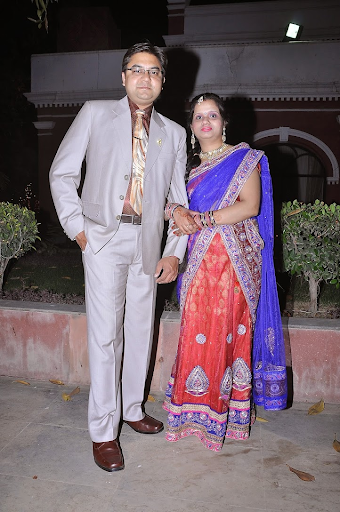 Posted by Rachana at 3:13 AM No comments: